Skip to content
Beyond Botanicals > CBD Industry News > Go Beyond > Hemp vs CBD. What’s the difference?

Here at Beyond Botanicals, we place a lot of value in Education, one of our core values. We speak to customers from many different backgrounds and levels of knowledge as they visit us to learn about and try CBD. One of the most common discussions we have is the comparison of benefits between hemp oils and CBD oils, as well as what the differences between them are.

Here, we break down some common misconceptions, as well as make those comparisons for you. When you’re done reading, you’ll have a much better understanding of the components of the hemp plant, which are most beneficial, and which – if any – to avoid when you’re shopping for any sort of cannabinoid therapy.

Understanding the difference between hemp and CBD

A source of confusion for many people is the presence of “Hemp seed oil” on the ingredients list of a CBD product. Oftentimes, people new to CBD believe that a product does not have any CBD in it because it uses hemp seed oil as a carrier. This misconception is partially rooted in truth, but it’s important to understand the whole ingredients list to know what’s in your product.

As you may have guessed from its name, hemp seed oil is derived from harvested seeds. The Cannabis sativa plant, or hemp as it’s commonly called, has multiple uses depending on which part of it is harvested and extracted. Because active cannabinoids exist in the flowers only, oil extracted from the seeds of the hemp plant via cold pressing does not have CBD in it.

However, hemp seed oil has plenty of its own health benefits. It is rich in beneficial fatty acids, which make it a popular choice in various supplements and beauty products. Some recipes even use it as a salad dressing, where it contributes a rich, nutty taste to the greenery it compliments. 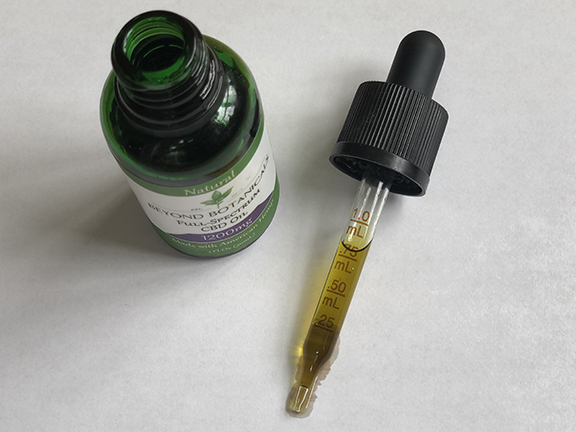 CBD oil is a broad term which refers to extracts from the flowers of the (hemp) cannabis plant.The flowers contain tiny stalks that look like pin heads, called trichomes. Each of these trichomes contains a resinous collection of cannabinoids including THC and CBD. If you see phrases like “full spectrum extract”, “broad spectrum extract”, or “Cannabidiol (CBD) isolate” on a product label, these indicate that you have a true CBD product, extracted from the leaves of the plant.

These extracts are very highly concentrated, and are usually a thick, sticky mess to handle. To make ingesting CBD easier for consumers, they are blended into a carrier oil of some sort, which thins them out and makes them far easier both to measure and to take. Commonly, coconut oil and hemp seed oil are used as carriers. Now that you know this, you can see why simply seeing “hemp seed oil” on a CBD product is not a good reason on its own to think there’s no CBD in the product.

When comparing appearances, you will notice that unrefined hemp seed oil has a very dark green hue that is almost opaque in large amounts. It has a faintly nutty smell that is not overly indicative of cannabis. CBD extract in its pre-oil form is a golden, sticky, near-solid at room temperature that is not flowing and very difficult to work with. It smells distinctly of cannabis – a scent that many describe as “dank”, “earthy”, or “diesel”. Once liquified and blended into a hemp seed carrier oil, it takes on the same appearance, presenting as dark green.

To recap what we’ve learned about CBD vs hemp oil:

Both CBD Oil and Hemp seed Oil are

Comparing CBD oil vs hemp oil is worthwhile for the knowledge of each component, but with a cursory overview you can see that each has its benefits and purposes, meaning there is no clear “best” when analyzing the two different materials.

If you got here by wondering “what’s the difference between CBD oil and hemp oil?”, you’ve learned everything you need to know about hemp oil. Now we’ll take a deeper dive into the CBD side of your question.

When you compare CBD vs hemp extract, you’re actually using synonyms for the same thing! Hemp extract is a general industry term for the material taken from processed hemp flowers. It could be full spectrum – containing THC and CBD. It could be broad spectrum – THC-free with other cannabinoids intact. Or, it could be isolate – CBD only.

Is CBD better than hemp oil?

“Better” is subjective and ultimately depends on what your end goal is. If you’re trying to season a salad, moisturize your scalp, or use a plant-based oil to dissolve active ingredients, then hemp seed oil is “better”. But, if you’re looking to take advantage of the many benefits of cannabinoids, CBD oil is where you’ll find those compounds. Phrased differently, you won’t find any cannabinoids without using CBD oil, so CBD oil is better if that’s what you’re looking for.

There are some similar words and phrases that are worth being familiar with in order to increase your understanding of CBD and the world of hemp and cannabis products. 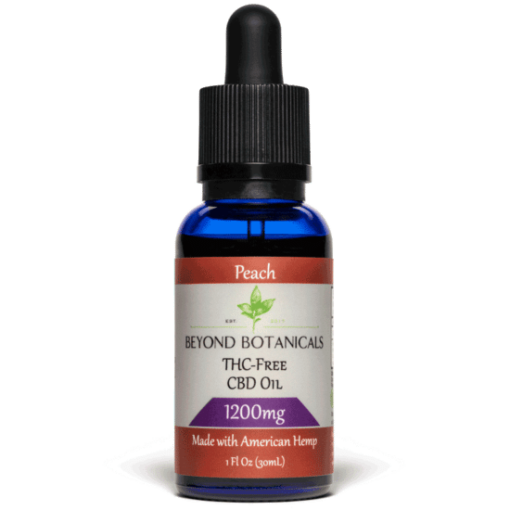 Historically speaking, the word tincture, as defined by Merriam-Webster, refers to “a solution of a medicinal substance in an alcoholic solvent”. Prior to the rise of modern medicine, various herbs were dissolved in alcohol and the resulting solution was the best medicine available at the time. Technology has obviously taken us much further than this with modern care, but the basic tincture concept is still highly prevalent in modern medicine because alcohol is a highly effective solvent. Solvents are liquids easily capable of dissolving other materials.

Nowadays, the word has become somewhat ubiquitous with any dissolved plant extract, despite the fact that CBD oils are not technically tinctures by virtue of being alcohol free. As a result, you’ll often see the phrases “CBD Oil” and “CBD Tincture” used interchangeably, even if one isn’t truly correct.

Here’s another bit of confusion that made it into common industry phrases. Since hemp seed oil is most often used as a carrier or on its own, there’s no reason to dissolve it in anything to make a tincture. In much the same way that you wouldn’t dissolve alcohol in alcohol (well, it is 5 o’ clock somewhere – maybe you would!), it just doesn’t make any sense to put hemp seed oil into alcohol.

Here’s a related history lesson for you. Prior to the development of modern extraction methods like supercritical, solvent-based extraction, and pressing, there were hemp – cannabis – tinctures! Herbalists and early physicians would take the flowers of the hemp plant and soak them in alcohol, creating tinctures that would pull out the active cannabinoids into the alcohol solution. In a way, these were the earliest CBD tinctures! Researchers have identified the earliest known use of cannabis in this way dating all the way back to China in 2700 BC. Shen Nung, the emperor at the time, is known as the Father of Chinese Medicine, and is also believed to have introduced acupuncture to the world.

As you can see, Hemp seed oil and the various CBD oils each have their own unique traits, as well as some common threads that unite them.

We’ve learned that hemp seed oils contain beneficial omega fatty acids and have an earthy, nutty flavor that makes them great for accenting the flavor of various cuisines. They don’t contain any active cannabinoids, but they are great bases for blending those extracts with.

On the other side, CBD oil is extracted from the flowers of the hemp plant – its trichomes in particular. It can be extracted via solventless methods like CO2 extraction or pressing. It can also be obtained with more harsh solvent extractions using propane, hexane, butane, and a variety of other effective but not necessarily healthy solvent options.

Regardless of the method used, the CBD extraction ends in one of three varieties: Stopping at the initial extraction leaves you with a full spectrum oil, thusly named because it includes all of the active cannabinoids like CBD and THC. Further extraction targeting THC leaves us with broad spectrum oil, rich in many cannabinoids but devoid of THC. Finally, a third process that includes winterizing to remove plant material will create CBD isolate, a pure powder of 99%+ cannabidiol.

CBD Oil and Hemp seed oil often synergize when the hemp seed oil acts as a carrier for the CBD, thinning it out and creating the smooth, flowing oil you’re looking for in any CBD oil product.

More about Beyond Botanicals CBD Oil

Here at Beyond Botanicals, our current focus is on Full Spectrum CBD Oils and THC-free CBD Oils made using a CBD Isolate. Each oil comes in various concentrations and flavors, ranging from 600mg per ounce all the way up to 3000mg per ounce.

Each oil uses a carefully selected blend of USDA Organic Coconut and Hemp seed oils. By combining the two, we’ve created a fusion that brings out the best in both taste and benefit. Retaining the hemp seed oil keeps the natural, healthy fatty acids intact. Adding in a healthy dose of coconut mellows the natural, earthy, nuttiness of hemp seed to create a taste that is more subtle, allowing the oil flavorings to shine through. Each oil is available in Mint, Natural, and Peach flavors. The natural flavor remains the most popular, which tells us we’ve really hit a home run with our carrier oil blend.

We’ve covered a lot about CBD knowledge and terminology here, and it can certainly feel a little overwhelming to digest all at once. Our largest focus at Beyond Botanicals is on empowering you to make educated decisions about your CBD routines and purchases. If you have any questions about what you’ve learned in this article, we welcome the opportunity to speak with you and help find a product that matches you perfectly. You can contact us via phone or email to learn more.

What is the difference between Hemp vs CBD?
CBD is a specific compound found in the hemp plant, whereas hemp refers to the entire plant. This plant’s roots, stalks, and fibers can be used for making oil, textiles, building materials, ecofuels, and more. CBD is one of the many beneficial compounds that can be extracted from its flowers.

What is hemp?
Hemp is scientifically known as the Cannabis sativa plant. It is a durable plant that contains many beneficial cannabinoids, including the two most popular: CBD and THC. It was illegal to grow for nearly a century until the 2018 Farm Bill decriminalized it.

Does Hemp Oil contain CBD?
Pure hempseed oil does not contain CBD. Cannabinoids like CBD only exist in the flowers of the hemp plant. An extraction of these flowers must be added back into hempseed oil for it to contain any CBD at all.

Is CBD better than hemp oil?
It depends on what you’re looking for. Hemp oil is great for cooking and as a dressing, but does not contain any beneficial cannabinoids. CBD oil contains the active cannabinoid compounds and is best if you are looking to experience their benefits.